Most capital cities are a bit different from the rest of the country they’re in.

And New Delhi is no exception to the rule.  I rode out of town this morning along broad avenues.  Amongst grand buildings and elegant pavements, rows of columns, statues and monuments.

These are all a bit different from the rest of India.  But the biggest difference was the traffic:

Yes, it was Saturday morning.  It’s a bit busier during the week.

But I walked around a bit on weekdays, and it’s just not that bad.  Far less of the driving mayhem.  Cars staying more-or-less in lane.  Levels of horn use so low as to be simply un-Indian.

As a result, I think New Delhi may well be the best city in India to ride a bike in.  Which might not be saying a great deal, but it’s definitely a massive improvement on every other town I’ve dealt with in the last few weeks.

There are other benefits to being in the capital, too.  I had errands to run.  The sort of errands that only Delhi could fulfil.

I got the Beastlet’s drivetrain refreshed at The Bike Shop.  I was expecting trouble getting hold of the parts I needed (conventional cycling wisdom says that it’s impossible to get 10-speed parts outside of Europe and North America).

But they had most of it, and what they didn’t have, they managed to courier in within 36 hours.  And the mechanic (above) was top notch, despite having the street as his workshop.  I’m still not sure that the ultra-blingy golden chain is strictly necessary, but it all works really nicely.

So the bike’s ready for the desert.  And after a day flapping around (three visits to the embassy, one set of emergency form reprinting, and one trip to a bank on the other side of town), I’ve got my visa for Uzbekistan.  And a flight out of Amritsar to Tashkent on the 15th.  The next stage is on.

That’ll mean moving on from India.  Into the former Soviet Union.  The sort of place you expect to see giant monuments and massive flags all over the place. 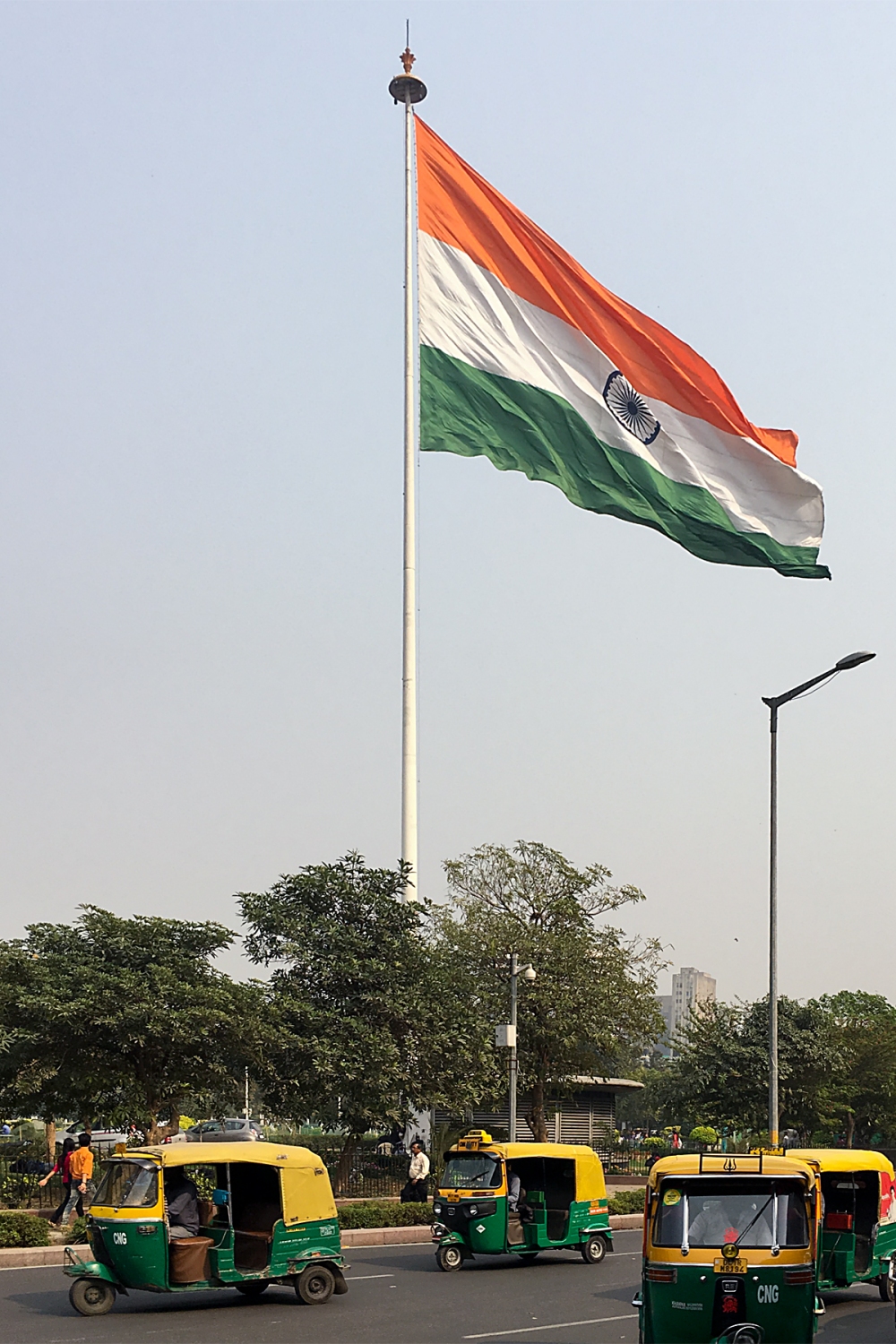 Delhi has its share of both, mind you.  The enormous flag is in the centre of Connaught Place, which is pretty much the heart of the colonial area.  The area around the flag looks more like Regent Street in London than India.

And then there’s the huge and monumental scale of the parliament buildings, the massive mall which runs away from them, and the India Gate at the other end: 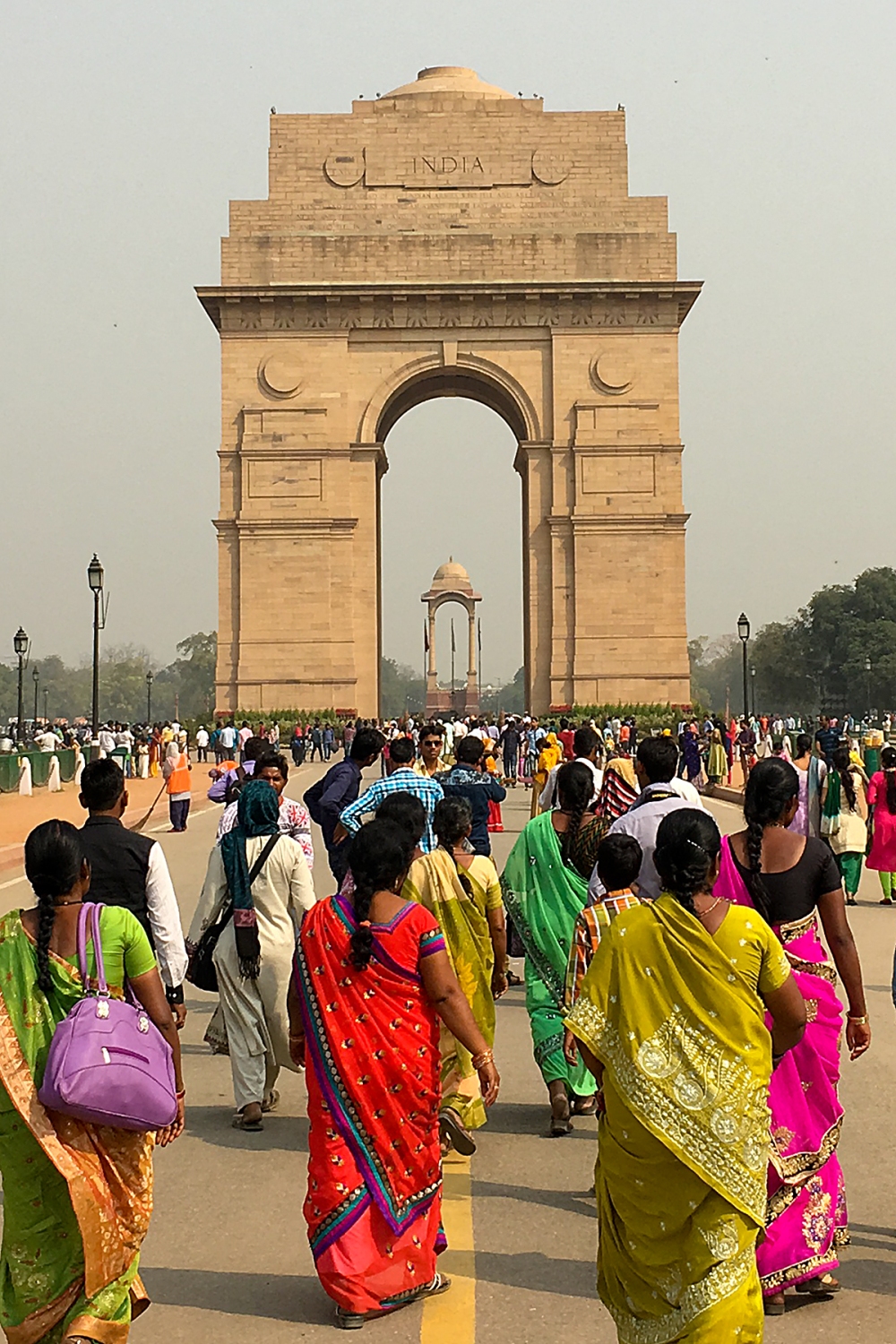 All immensely oversized, and very impressive.  It’s a bit odd to me that this was laid out by the British while they were in charge over here.  While the style’s quite similar to home, the scale is definitely more American or Soviet than what I’d normally associate with my more modestly-sized homeland.

Still, this morning, it was time to head north.  Given that it’s less than 500 km from Delhi to Amritsar, and I had ten days before the flight, I was back in gentle cruising mode.  A last look at those impressive avenues (below), and it was back to the main road. 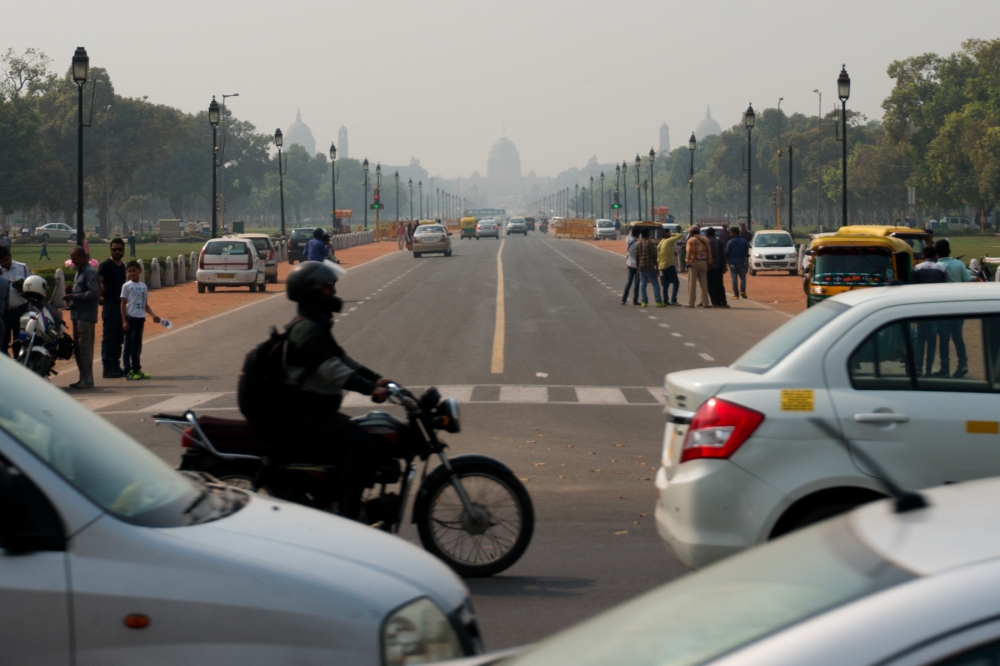 Still pretty flat, still pretty fast, even though the wind has finally swung against me.  It’s actually a bit of a relief, as the temperature had built up uncomfortably in the last few days.  It’s a lot cooler with the north-easterly breeze in my face.  And, as I’m in no rush, the headwind’s not really bothering me.

Should be a relatively gentle last few days in India.  Or back in India, as I should probably say, after the metropolis…