I probably shouldn’t be, though.

I’ve ploughed mostly straight down the main road for hundreds of kilometres, mainly with a handy tailwind to this point.  And coastal Vietnam is one of the flattest places I’ve ever ridden.  But it still seems too soon to be leaving. 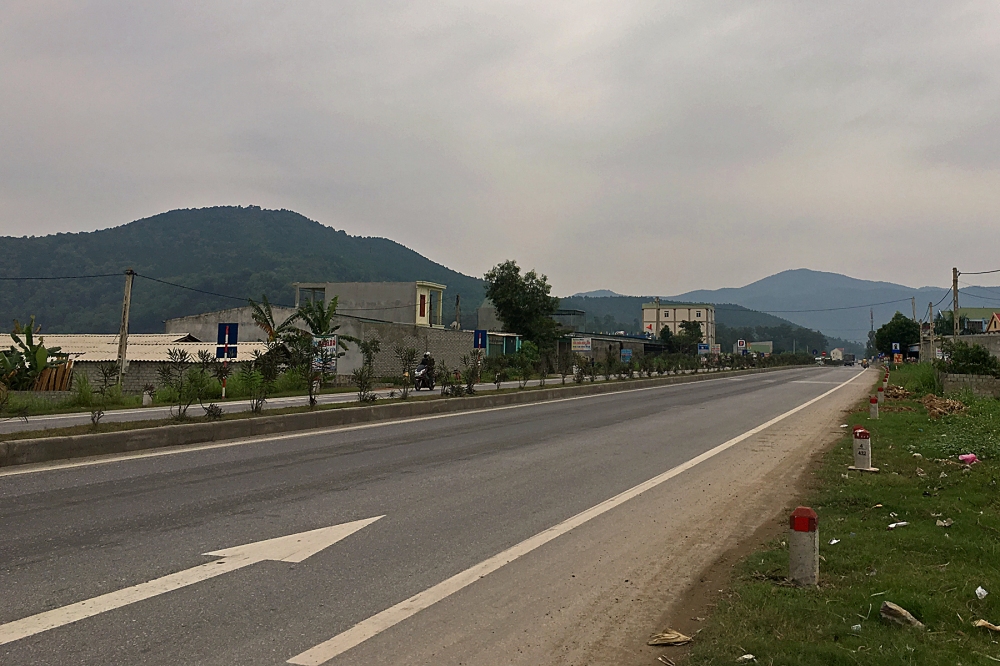 For the main part, the road’s been a bit dull.  Wide, flat, well-surfaced and mostly straight.  It’s only really been enlivened by the entertaining traffic, though there’s been quite a lot more of that than the picture above may suggest.  Certainly enough to keep the adrenaline spiking every so often.

On the other hand, I’ve got sore smiling muscles, arms and vocal chords from the amount of ‘Hellos’ and waves I’ve had to return all the way down from Hanoi.  I’ve also drunk a significant quantity of coffee in a variety of formats (who knew that Vietnam was the world’s second-biggest coffee exporter?).

And I’ve really enjoyed the country’s interesting mixture of cultures; the usual south-east Asian hotchpotch of cultures and religions, with an added dash of French patisserie and 21st-Century-style Capitalist-Communism (all highly appropriate when the father of the nation – Ho Chi Minh – once worked as a pastry chef on a cross-Channel ferry, at least as Wikipedia tells it…). 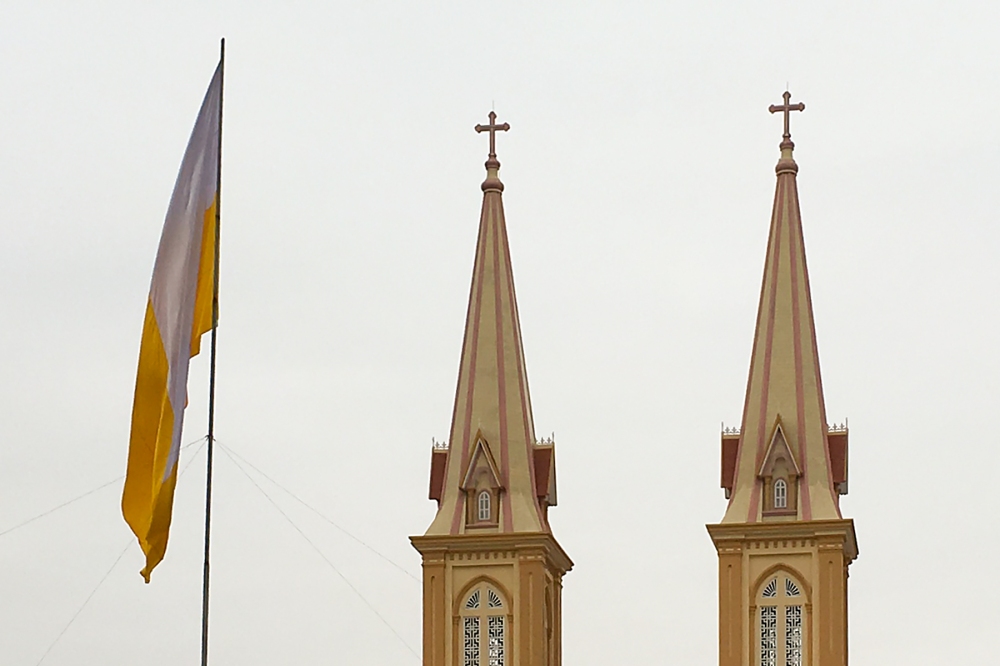 Anyway, after the heavy miles of the first few days, I settled for a couple of half days in preparation for tomorrow’s (Sunday’s) big climb to Laos, with the border nearly 700 metres uphill from where I start in the morning.

As a result, I was on a slow meander today, with only 50-odd kilometres to ride.  This gave me the opportunity to discover that certain well-known mapping software is not always entirely accurate.  The road I was on looked like a highway on the map.  For a while, it looked a lot like the first picture above.

And a few minutes later, it looked like this: 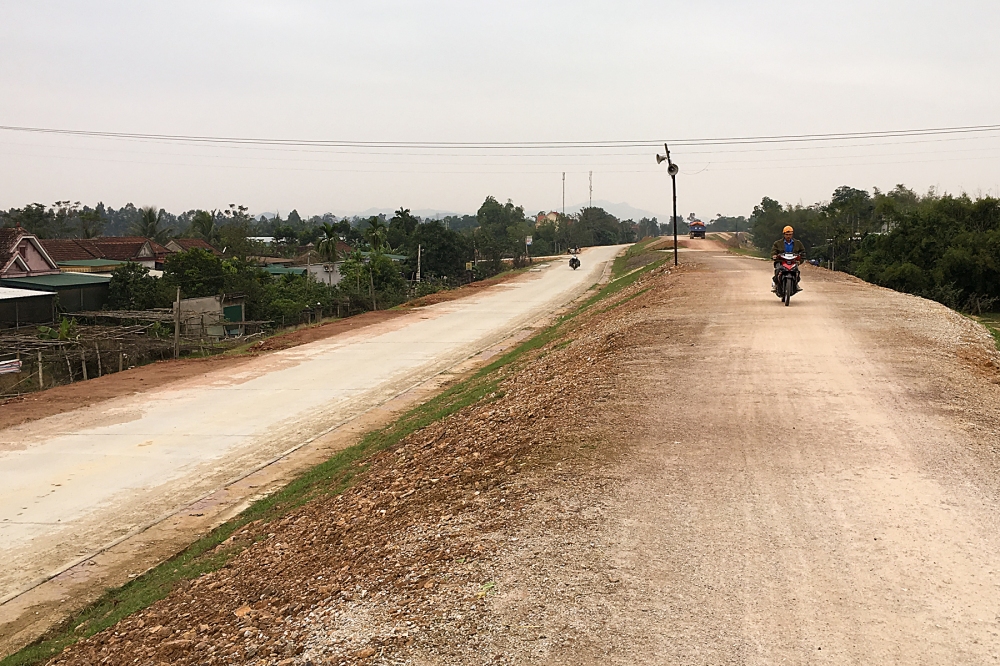 It still looked like a highway on the map.  A lesson learned…

So, with a bit of luck, it’s on to Laos tomorrow.  Hopefully just as interesting and as much fun as Vietnam has been.  I met a pair of German tourers this evening, accounting both for the fact that it’s now well past my target bedtime, and for my optimism about the road ahead.  They’ve run a lot of my route in reverse, and are (fairly) nearly finished with their ride from Germany to Beijing.

Luck, it appears, may be required with the weather.  Having been dry since the morning I left Hanoi, it’s currently tipping down outside.  So I may have the choice of getting extremely soggy, or having a day off after all.