The transition from the hills of the Ardennes to the flat coastal plains of Flanders was my last significant change in terrain on continental Europe.  Next (and last) up will be more rolling hills.  In Kent.  In England.  Tomorrow…

Getting out of the hills was a welcome relief for my legs.  But it’s been accompanied by a rise in temperature into the realms of ‘uncomfortably sweaty’.  It also didn’t improve the Belgian road surfaces.

Most places with bad roads that I’ve ridden tend to be trying to improve them.  In Belgium, they just put up a sign saying ‘Knackered Road’ (above), and leave them to deteriorate.  It’s amazing that the country produced Eddy Mercxx, and other world-class cyclists.

Flanders is famous for two things: the cobbled classics of the spring cycling calendar, and the horrendous death and destruction of the First World War.

It used to be famous (in medieval times) for wool, importing the raw material from England, and producing cloth for sale elsewhere in Europe.  Many of the towns became wealthy, with hugely impressive town centres, like that in Mons:

But, as I first noticed in Mons (still in French-speaking Belgium), the old buildings here are just a little too straight and well-preserved.  A little too perfect to be truly old.  I noticed the same thing when I got across to Ypres (or Ieper) after crossing into the Flemish part of the country.  Most of the towns in this part of the world have been rebuilt.

There are hints as to why this might be spread all across the Flemish countryside.  Little green signs pointing to rows and rows of headstones in carefully-tended cemeteries.  Millions of of young men from Europe, North America, Africa, Australasia and Asia died in these fields a hundred years ago.  Four years of mechanised trench warfare, where the front line moved just a handful of miles at the cost of millions of lives. 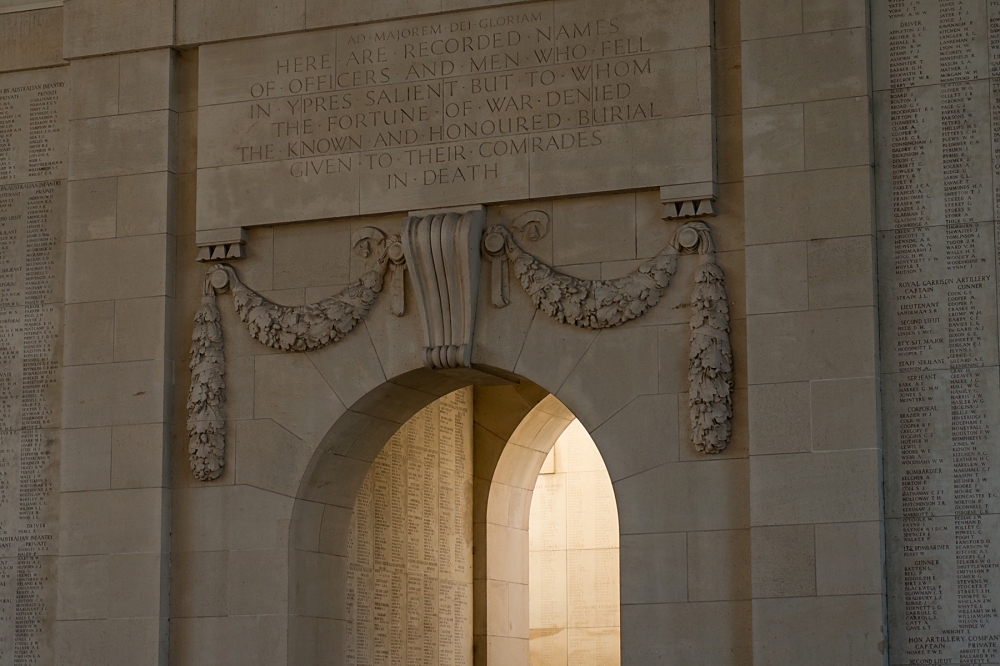 At Ypres, the Menin Gate is built into the old city walls.  But it looks like it could just as easily be a monument from the centre of London.  It has the names of around 50,000 British and Empire soldiers on it.  It was intended as a memorial to those who died in the area, and who had no other grave.  50,000.  Just the British and Empire troops.  Just in the area of Ypres, and just those with no grave.

And, despite the apparently endless list of names on the Gate, it wasn’t big enough.  The list continues elsewhere.

Thankfully, the roads (very, very flat and not falling apart – above), and the absolutely stunning weather allowed me to shake off the depressing history of this area a little today (Tuesday).  As I headed toward my final stop in continental Europe, the port of Calais.

Probably, like most Brits who began travelling before the Channel Tunnel was constructed, Calais has been familiar to me for a long time.  It’s the French end of the shortest ferry crossing between England and France, and has the most frequent cross-channel ferries. 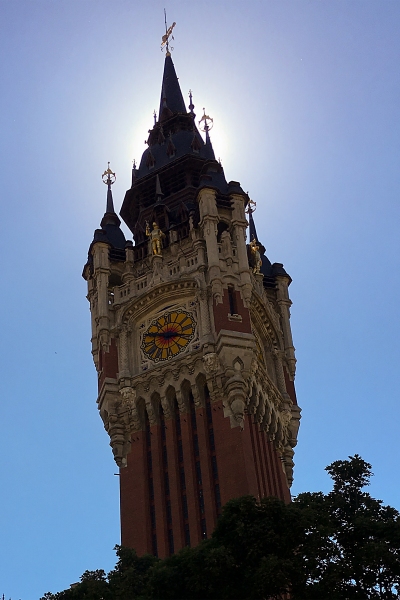 For many people of my advanced years and older, the sight of the Calais from the boat, with its colossal town-hall tower (below), was their first sight of ‘abroad’.

Maybe it’s fitting that it’ll be the last sight I have of ‘abroad’ for this trip, as the ferry pulls out towards Dover tomorrow (Wednesday).  It’s time to float over to the last country on the round-the-world trip.

Back to the UK.  Back home…