It’s been an odd few days.

For the last two, I’ve been loafing around in Uzbekistan’s second famous Silk Road city, Bukhara.  It’s a beautiful city, and an interesting place to be:

On the other hand, getting here was something of an ordeal.

After a nice, easy cruise away from Samarkand on Tuesday, all four of the Horsemen of the Cycling Apocalypse made an appearance on Wednesday at the same time.  This is not a usual thing.

Normally, I get to moan about either the headwind or the road surface.  This is surely infinitely boring to anyone who’s not me.  I know that, and I’m trying to keep it to a minimum.

But getting all four of my personal worst cycling problems at once (that’s a strong headwind, plus an awful road surface, plus driving rain, plus cold) is just nasty.  And it made me look like this, with half of a long, 140 km plus, day still to go:

That’s my grumpy and self-pitying face, by the way, in case you didn’t pick it up.

I can already hear my Northern English cycling colleagues telling me not to be such a soft Southerner.  Grab a quick cup of tea, and get back on it.  You can only get wet once.  Hard day?  There aren’t even any hills!

Yep, they’re annoying, aren’t they?  Especially as they’re just voices in my head at the moment.  But they’re also right.  It wasn’t the apocalypse, just a longish, hardish day on the bike.

In any case, as I ground my way towards Bukhara on the damp gravel shoulder (it was much smoother than the road), I had other things to ponder to take my mind off my own worries.

I was surprised that the first question I got when I found a roadside hotel on Tuesday evening was ‘Are you Belgian?’.  The manager launched straight into a quick summary of the then-developing situation in Brussels: another grim act of pointless violence by some lunatic religious fundamentalists.

Ironically enough, as well as being a major trade centre and oasis, Bukhara (along with Baghdad) was one of the great seats of Muslim learning in the middle ages.  When the Muslim world held on to humanity’s stock of knowledge while some lunatic religious fundamentalists in Europe were busy killing each other, and forgetting how to make toilets for hundreds of years. 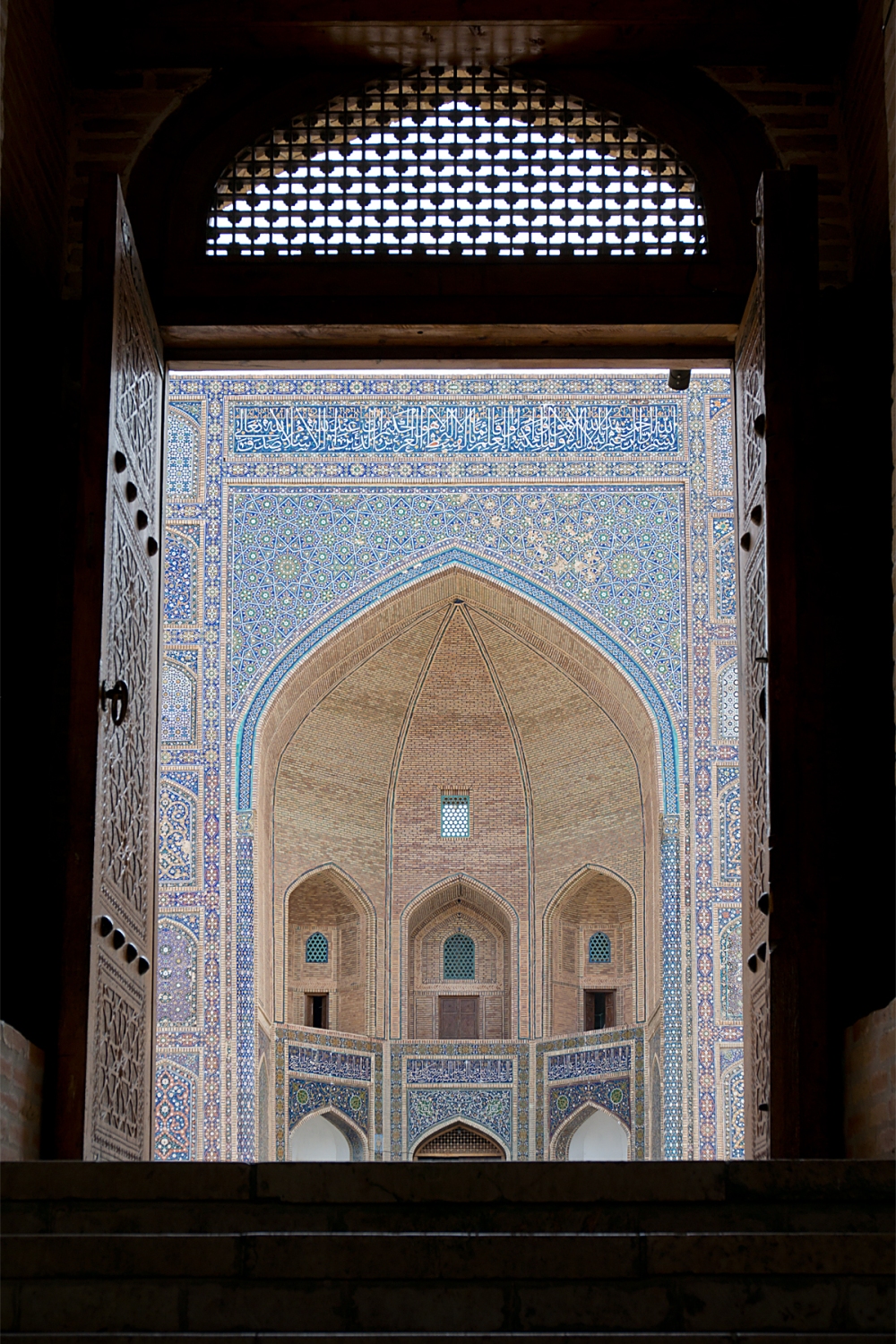 The sad thing is, that I could see the hotel manager looking at me while he was telling me about Brussels.  I think he wanted to see if I’d somehow blame him, as a Muslim, for the attack.  I guess, if I’d never met a Muslim before, or if I was Donald Trump, I might have done.

I suppose it comes down to perspective.  My slightly tricky ride on Wednesday wasn’t really the apocalypse.  And the horrible attack on Brussels is utterly at odds with how warm, friendly and welcoming Muslims have been to me and my bike, whether in Uzbekistan, Malaysia, India or Indonesia.

Bukhara is well worth a look, by the way, if you’re ever travelling in this direction.  It’s much more compact than Samarkand, and you can wander around the old town on foot very comfortably. 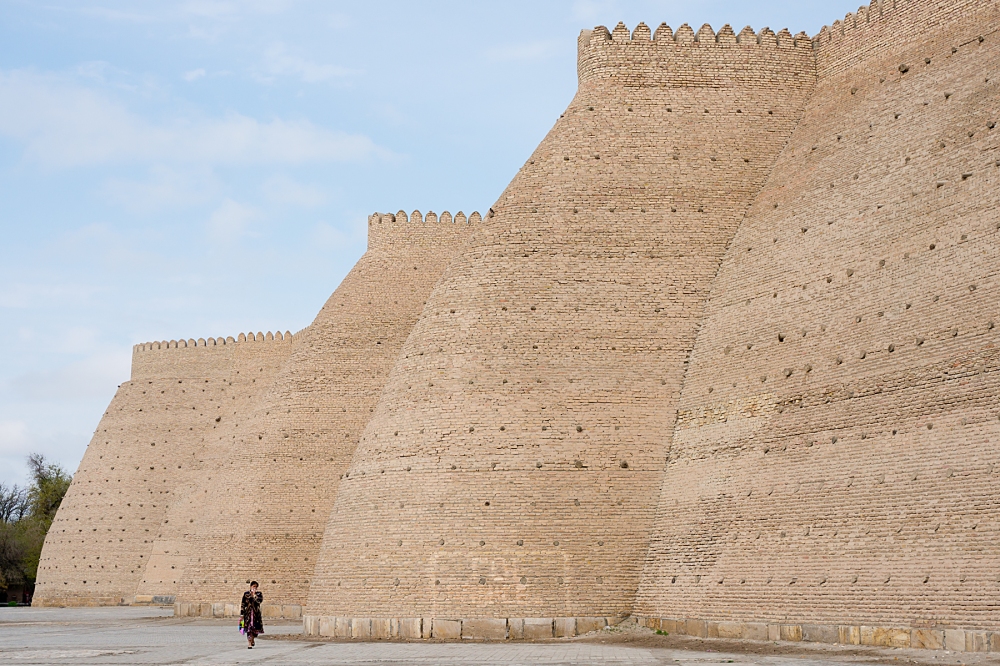 I’m still not sure whether the Soviet approach of restoring ancient buildings (rather than just preserving the ruins, as we would at home) is the most authentic way to go, but it certainly makes it easy to imagine strolling around the bazaars, fortifications and mosques hundreds of years ago.  And as the original buildings were badly damaged by the Red Army in 1920, I guess they owed it a refurb.

In any case, my time at the oasis is nearly over.  Tomorrow, I’ll be out of the irrigated zone, and off into the desert for the first of two long stretches.  It’ll probably be a few days before I get back to an internet connection.

And, given the almost total lack of facilities en route (it really is a proper desert), I may even have something reasonable to moan about next time…