A long, long time ago (in March), I put up a post based on my (possibly slightly over-stated) surprise at finding myself in the year 2558, Thai style.

What I didn’t know then was that fate would decree a second visit to the the future.  Within a couple of weeks of that post, I’d been squashed by a truck, sampled the Thai healthcare system, and returned home to the UK to recover.

And yet, here I am again, back in 2558, and soon to tick into 2559.  I rolled across the Mekong into the country which temporarily thwarted my round-the-world ambitions on Sunday (27th December).  It still seems like a nice place, just like it did nine months ago. 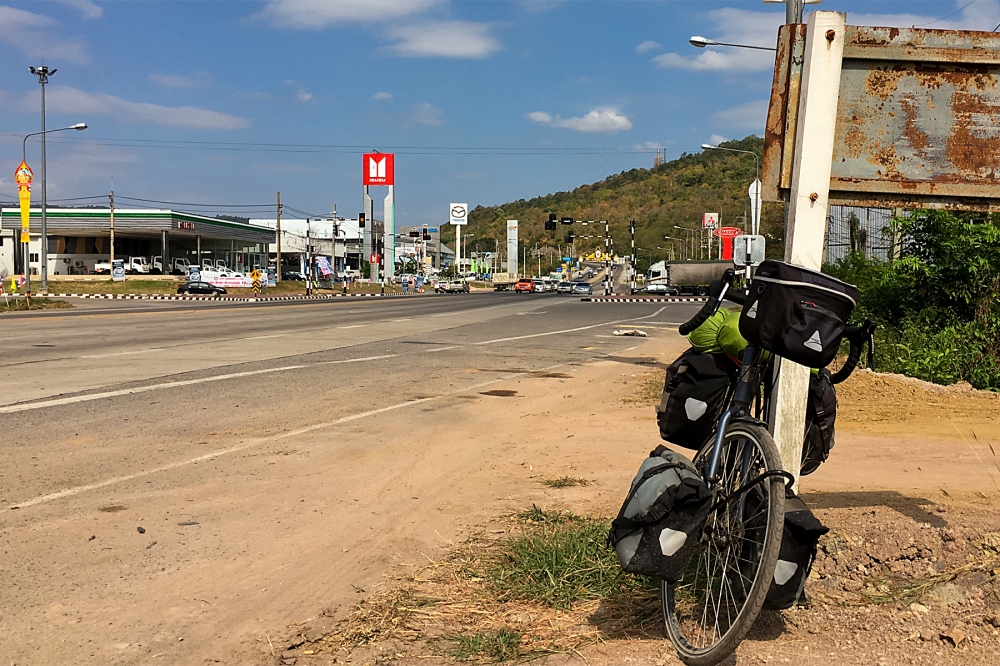 After spending over two hours negotiating the holiday carnage of the border crossing from Laos (what a contrast to my entry to that country, where I was the only person at the border post!), I was across the Mekong, back on the correct – that’s the left – side of the road, and pushing on.

No uncontrollable fear when I heard big diesel engines behind me, which was good (although not entirely unexpected, as I gave this a good dry run in the UK in September).  I am spending a lot of time glancing over my shoulder, though.

The roads up here in the north are just as silky-smooth as those I rode earlier in the year.  Thailand (at least in my experience, so far) has the best road surfaces in south-east Asia, which is saying something, as there are not too many bad surfaces to be found in the region nowadays (except in Indonesia).  UK local councils take note; it is actually possible to build decent roads!

Unfortunately, the miles I’ve ridden here so far have also been just as dull as the main roads in the south, as today’s pictures will testify.  They’re a pretty accurate reflection of quite how visually stunning the last few days have been.  Maybe I’ve been spoiled by Laos? 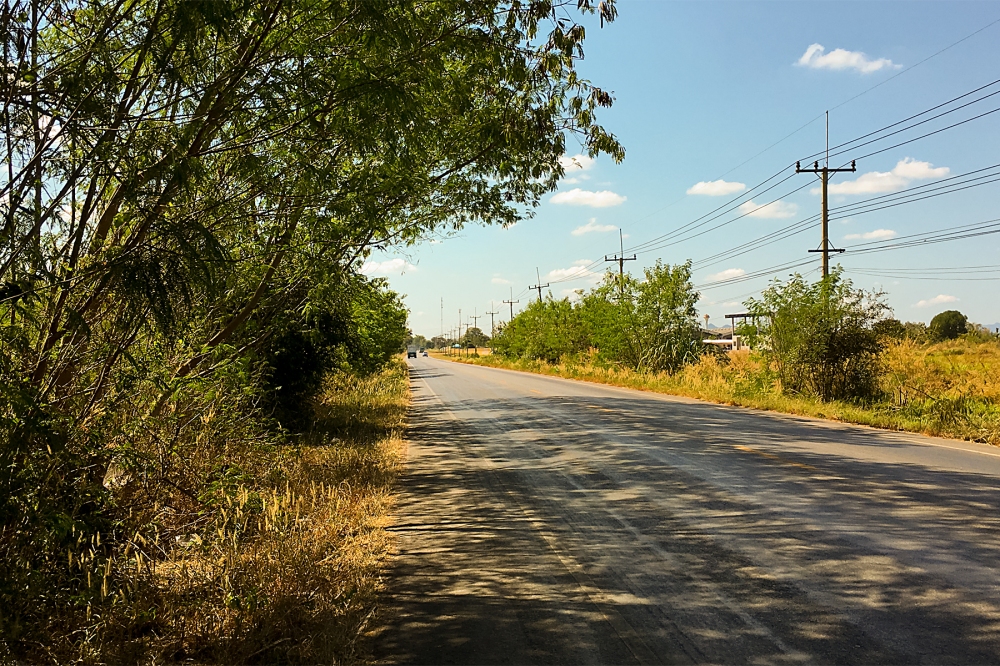 Still, that should all be about to change.  I’m hitting mountains tomorrow.  It’s about 300 miles (maybe 470 km) from here to the border with Myanmar.  And it looks like there are four big ranges of hills before I get there (plus another one after the border).

Two of those ranges are on the menu in the next couple of days.  Two long (70-plus mile), and probably hot, days with 600 vertical-metre ascents (and descents, of course!) through National Parks.  I’m hoping that this will mean less traffic and improved scenery.  I’m also hoping that the hills won’t be quite as steep as some of the Laotian versions.  And that I won’t make any more amateurish hydration errors. 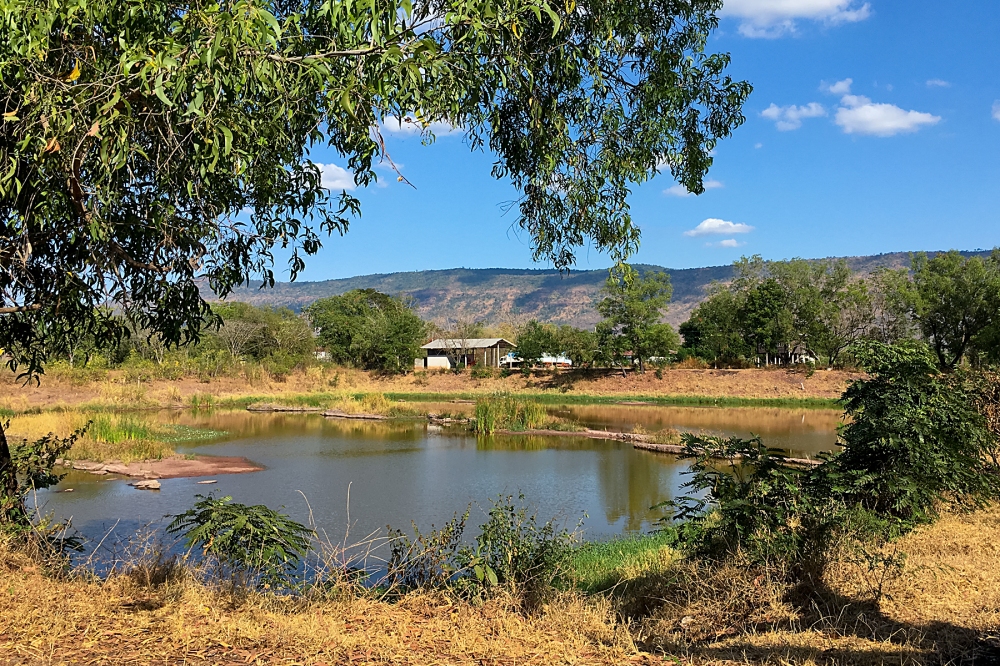 And look!  I saw my first Thai hill on the way into town this afternoon!  Things are definitely looking up already…

Those long days through the hills should drop me back onto the flat in time for whatever New Year’s Eve celebrations happen over here.  I’d imagine that I won’t get another post in until New Year’s Day.  So, let me pre-emptively wish you all the best for 2559 (or 2016, if you prefer).

The big New Year’s news, by the way, is likely to be the shaving of my explorer’s beard.  It’s begun to catch its own food, and that must stop…