The 2016 Tour de France began today, with a fantastic win for Mark Cavendish in Normandy – hurrah!  Entirely irrelevant though it may be, here’s a picture I took of him a few years ago (2013), while he was British champion, just to celebrate: 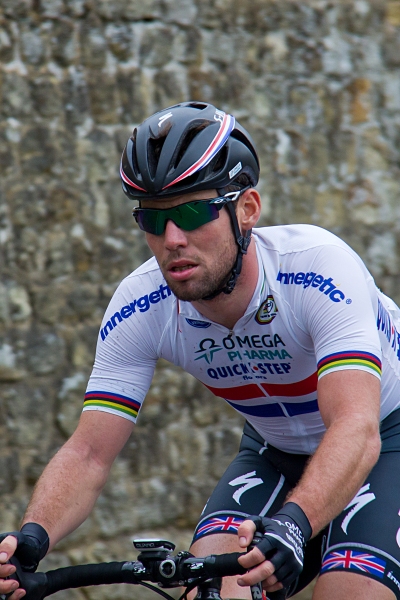 The Tour takes just over three weeks to complete its journey around France.  Since leaving Italy, I’ve been riding some of its most famous roads.  Tomorrow, I’ll head towards Switzerland, and will ride a bit of this year’s route.  I’ll touch it again inside Switzerland.

But, by the time the 2016 Tour is decided, my round-the-world trip will be over.  Unless some sort of catastrophe strikes, of course…

I’m nearer to London than the Tour is to Paris.  Which is making me a bit sad, as well as possibly contributing to my lack of progress in the last few days.  I don’t really want to finish, and I think I’m slowing down accordingly. 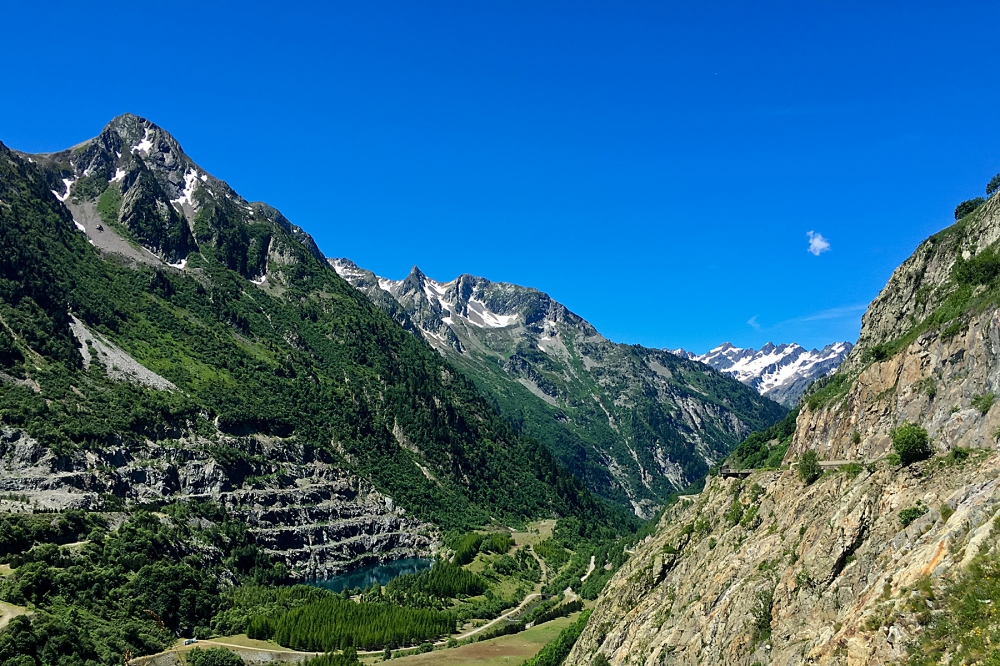 I didn’t have much of this reflective melancholy going on as I left Bourg d’Oisans on Wednesday morning.  The sun was out, the roads were full of cyclists (mostly preparing for today’s La Marmotte sportive), and the Col du Glandon was waiting (above).

The Glandon is another pass regularly used by the TdF, most recently last year (the road is still covered with painted encouragement for the riders).  It’s a long, long climb, and I was happy to have company.  Lots of company.  Mostly, but not exclusively, on very light and expensive carbon-fibre road bikes.

Despite the relatively crazy weight of the Beastlet when loaded, things went OK (the advantage of taking your time and having tiny gears).  I was actually quicker than a few of the roadies, which surprised me (and must have upset them no end). 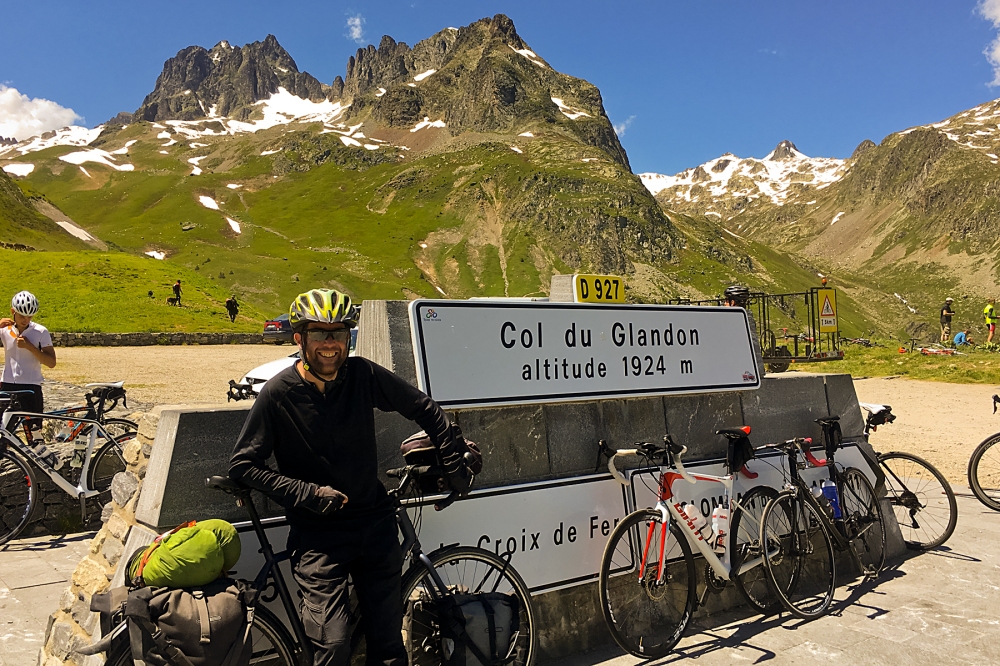 There were three good things about making it to the top of the pass.

There was a cafe (immensely overpriced, naturally), where the bike got to lounge around with its skinnier, race-orientated cousins.  Presumably telling them tall tales about the Uzbek desert, or Nepal.  Meanwhile, I got endlessly ribbed by Scandinavians about Iceland knocking England out of the Euros.  And endlessly questioned about what on earth the UK was doing knocking itself out of the EU.

There was also a professional photographer snapping away as the cyclists approached the top.  So I’ve paid for, but not yet received, a very fetching (if I do say so myself) portrait of the Beastlet and me, ‘powering’ up the higher slopes.  It’s amazing how you can get your head off the handlebars and stop dribbling for a second or two when someone points a camera at you…

And the third good thing was the view from the top (above).  And knowing that I was about to plunge down that valley for well over a thousand vertical metres.  Cue smelly brakes, overtaking cars, and panicked unclipping of feet as I nearly overshot a hairpin.  Oops!

There were storms forecast for Thursday, and, after three high passes in three days, I (quite reasonably, I think) felt the time was right for a day off.

The trouble was, I still felt like a day off on Friday.  Maybe partly because of the sun; the temperature was up to slightly uncomfortable levels.  I trundled a few kilometres along the valley to Albertville (former Winter Olympic host town), and decided that was enough for the day.

The alternative was hitting a (gentle) 900-metre climb, so I suppose I can justify my lack of application to some extent.  On the other hand, I know the temperature and the climbing were only partly to blame.

It was really my reluctance to end the trip.  I was procrastinating.  Because Bourg d’Oisans was, literally, a turning point.  My route from there stops wiggling around, and begins heading relentlessly, and all too quickly, north towards the English Channel.

So I wasn’t too upset when I woke up this morning (Saturday) to find that the mountains had been smothered in clouds, and the rain was beating down – how come raindrops are so much bigger in the mountains, by the way?  Another day in the Alps without the effort.  Another day watching cycling on TV instead of cycling.  And another day no closer to the end of the trip.

But I know I can’t stay here for ever.  The journey home must continue.  And I still have mountains, rivers and seas to cross, as well as (at least) four countries to visit, before I get back.

Even the Tour de France can’t match that.  Which should really give me the motivation to get the pedals turning homewards tomorrow…