To answer the question that I know has been burning in your minds since the last update: no, neither of my Indian SIM cards ever activated.  Hence the long gap between posts, again.

Needless to say, within half-an-hour of crossing the slightly shambolic, but unusually friendly border into Nepal this morning (Tuesday), I had a new, shiny, fully-functioning mobile internet connection.

A tiny, poor, landlocked country can make this work perfectly.  A country with both nuclear weapons and a space programme just messes you about for a fortnight without success.  Go figure… 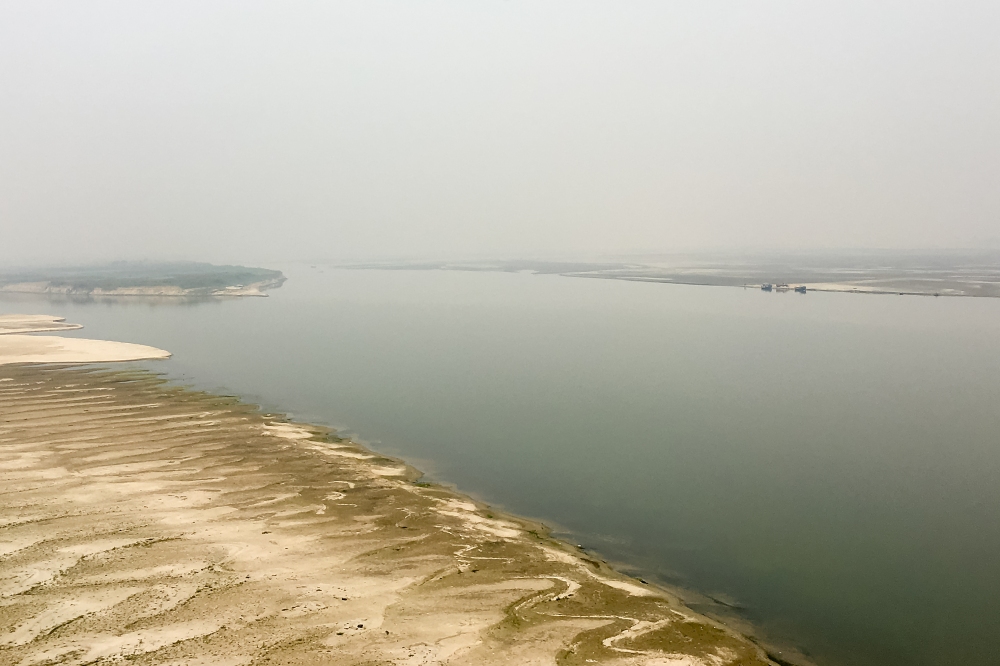 Anyway, it’s not been a bad few days to be off the air.  Almost nothing of interest has occurred, except that the unfortunate rash cleared up, and I developed a rather brutal cough from my daily doses of dust and diesel.

After crossing the Ganges (above) on the way out of Patna on Saturday, there’s been a lot of flat, flat country.  Fields, a few trees.  Then some more fields and a few more trees.  Northern Bihar is just like Kansas was.  Minus the soybeans and sweetcorn, but plus a total lack of driving standards.

Take five seconds to spot the two people in the picture below.  That’s about as exciting as things got… 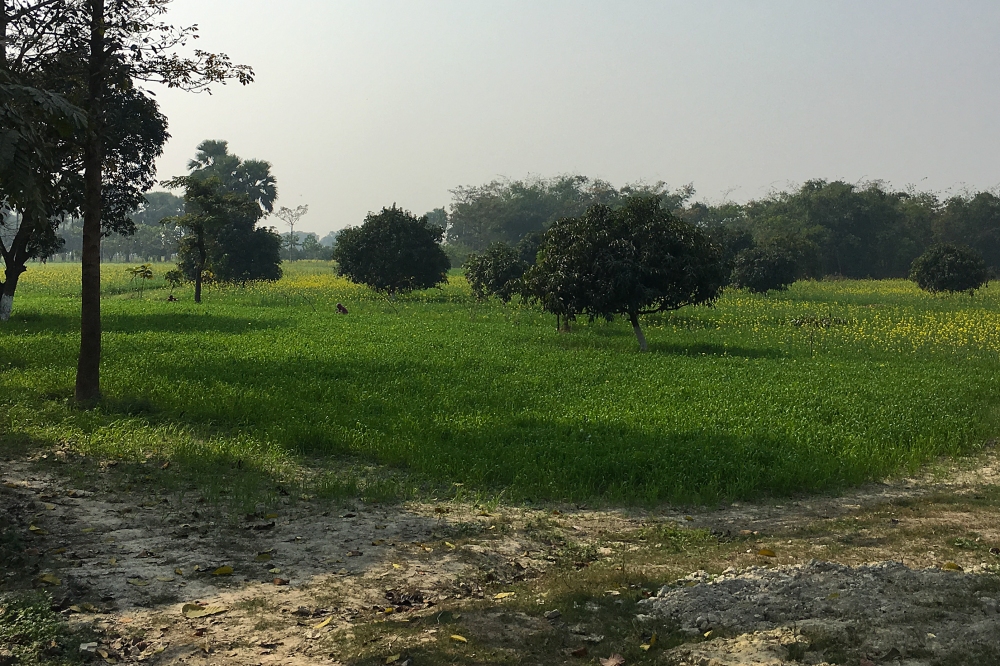 The roads were, at least, of a pretty reasonable quality.  Most of the way.  Nice, quick riding all the way from Patna to Motihari.  Motihari, for the trivia buffs amongst you, is the birthplace of George Orwell.  Who knew?

The short, 35 mile run to the border at Raxaul yesterday was meant to be a formality.  Pan flat, and on an international highway to a reasonable-sized border crossing.  It might become a formality in a few years, once they’ve bothered to finish the road.  For now, it’s an unsurfaced nightmare, meaning that India (Part 1) finished in a cloud of dust and a rattling of racks and panniers.  An all-too familiar feeling for me and the Beastlet.

So, the verdict on India so far?  Nice food and people, but could do better in a few areas.  Like roads, driving standards, pollution, dirt, bureaucracy and (guess what?) internet connectivity for travellers.  Hopefully it will improve when I return for India (Part 2).

Nepal looked much the same for the first few kilometres.  This was fairly unsurprising, as the miles after the border are still part of the same plain as I’d been thrashing across for days.  And most of the lowland population there are ethnically Indian.

But as soon as the road started rising into the first ripples of the Himalayas, things started to change.  The air cleared.  The road was a little bit lumpy in places, but not bad at all.  There was hardly any traffic, given that I’m piling up the main highway to Kathmandu.  And the scenery got quite pretty quite quickly, although I’m still very much in the foothills.  The high mountains should be spectacular.

And you can feel the culture change as well.  I’m only 60 kms up the road from India, but the feeling of Nepal is completely different.  There’s a significant wealth differential (India, on paper, is a lot richer than Nepal), so I was expecting the country to feel much poorer. 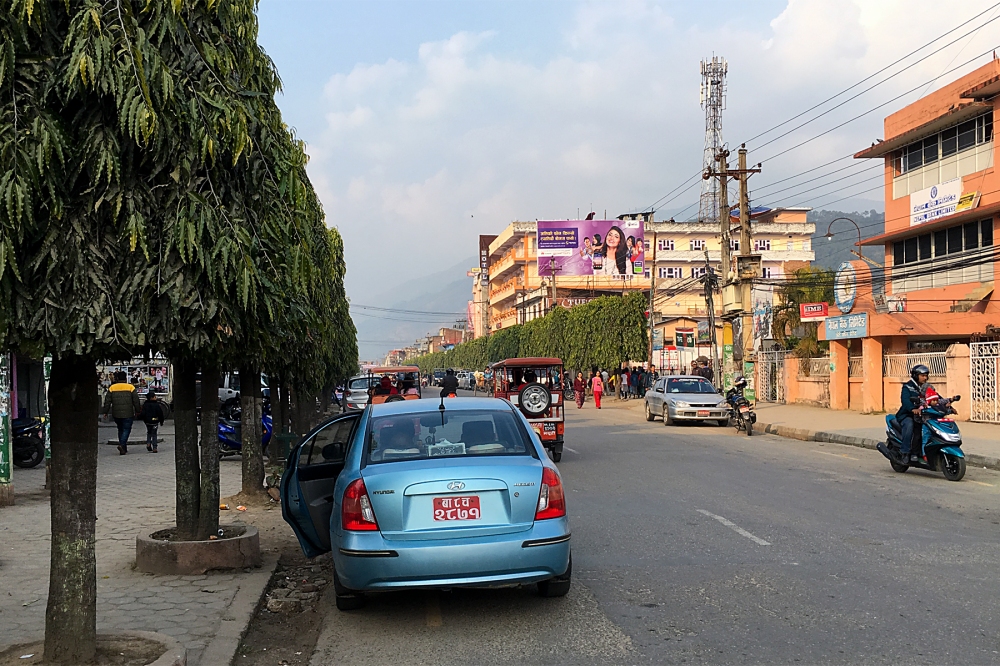 But it doesn’t.  It feels much more relaxed (maybe because of the relatively low population).  And the town where I am this evening, Hetauda (picture above), has an unexpectedly European feel to it.  I had a wander along the smooth, wide pavements this evening.  Yes, that’s smooth, wide pavements!  You can walk around town without risking getting mown down or tripping over an exposed electrical cable!

Families were wandering about doing a bit of shopping or a bit of eating out.  Some drunks were playing in the traffic.  Almost British behaviour…

There’s a bar on the ground floor of the hotel, which feels like a nice cosy pub, and there seems to be more English spoken than in India, too.  And, of course, there are those big mountains looming at the end of the high street.

The Himalayas are just beginning, but I already feel like I’m going to like Nepal.  Now it just has to live up to my impression that it’s the subcontinent’s Colorado to northern India’s Kansas…