Legs get stronger with time. And with tailwinds.

The pain of the first few days of this ride is fading into memory. Dots are advancing on the map (you can find it via the ‘Rides’ tab above). And the weather’s been very kind. Progress is being made.

The climbing still goes on, but that’s the nature of a rocky coastline. Amazingly, I’ve already climbed 70% of the height of Everest on this trip in just over 300 miles / 500 km. Thankfully, it should only be another few days before I hit the flatter parts of the south coast, although it’ll stay tough for a while.

The rocky coast gave rise to Cornwall’s big industry of previous times. The landscape is dotted with old tin mines and the engine houses which kept them pumped out. Many of these are ruins now, although I found this one, which has been converted into a holiday cottage.

The other thing that Cornwall is famous for is its tourist towns. It’s an odd situation at the moment, with many places operating under capacity, and many non-tourist towns still feeling very quiet. Meanwhile, tourist areas like St Ives (below) feel almost normal – though presumably with less traffic.

I say ‘presumably’ less traffic, because there is still loads of it. One of the features of Cornwall is that there are not many direct routes. It’s a skinny peninsular, which obviously gets skinnier towards the tip, so there’s not a lot of space for major roads. So all the big roads are pretty rammed. And driving standards are a little heart-in-mouth at times due to some very inappropriate overtaking tactics. The only option is the tiny country lanes, which are beautiful, but incredibly slow to ride, due to the endless hills, endless potholes, and the occasional need to wait for tiny ferries across rivers (don’t forget your face mask if you want avoid long rides around estuaries this year!).

But, if you can take your time, and avoid the main roads, Cornwall’s a lovely place to be in the summer sunshine. The only exception so far is Lands End, which has been turned from a fairly insignificant headland into a bizarre cliffside theme park. I was pretty happy that getting to the signpost indicating the end of the country was not a big issue for me. But I’d be quite upset if I’d done the length of Great Britain as a lifetime challenge, or charity ride, only to have to pay to finish. I skipped the theme park, and just completed the turn that the finish of the road dictates. There’s no more south west on the mainland. 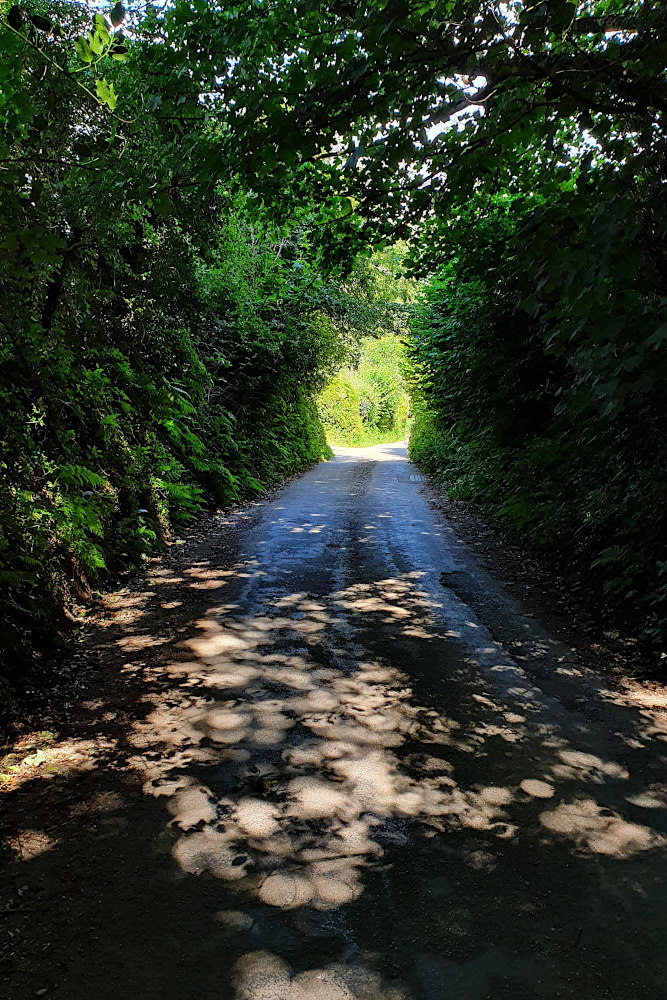 For me, Lands End was just a corner to turn; the first major change in direction. It’s taken me out of the Atlantic, and into the English Channel, which I’ll now follow up to Kent. There’s just half a chance that the wind might be about to turn again to assist, but that’s surely in the realms of fantasy cycling…