I’m not sure I’d recommend the streets of Hanoi to an inexperienced cyclist.  I’m certainly sure that I wouldn’t recommend them to a slightly chubby touring cyclist who hasn’t ridden with bags on for a couple of months. 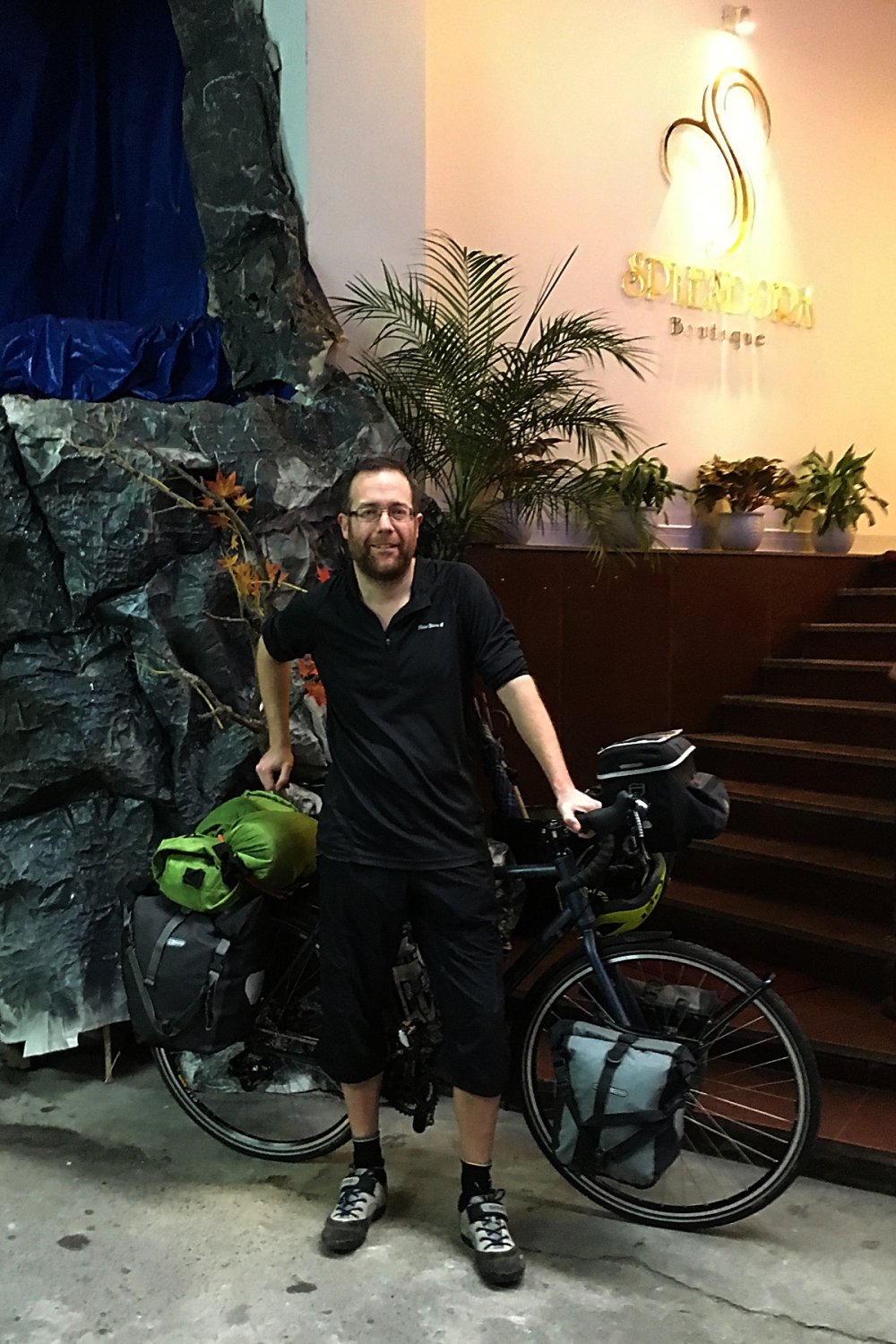 But still, after an early morning today (Tuesday), I wobbled unsteadily off into the scooter lunacy.  Back on the road again.

And after just a few slightly anxious minutes (mainly involving remembering how to steer), I’d got my head around the virtually non-existent ‘rules’ of the Vietnamese road, at least roughly.  I’d found the main drag out of town.  And I’d picked up a reasonably strong tailwind to blow me south.  Apart from a little bit of drizzle, Round-the-World Part 2 began OK.

I gave myself a few days off the bike in Vietnam to acclimatise to the tropical heat before I started riding.  But I think I might have misread a bit of my pre-trip research.  Although the rest of South East Asia appears to be basking in 30-degree Celsius sunshine, the north-east of Vietnam is grey and cool.  Perfect weather for cycling, but not so great for a nice bit of winter sun. 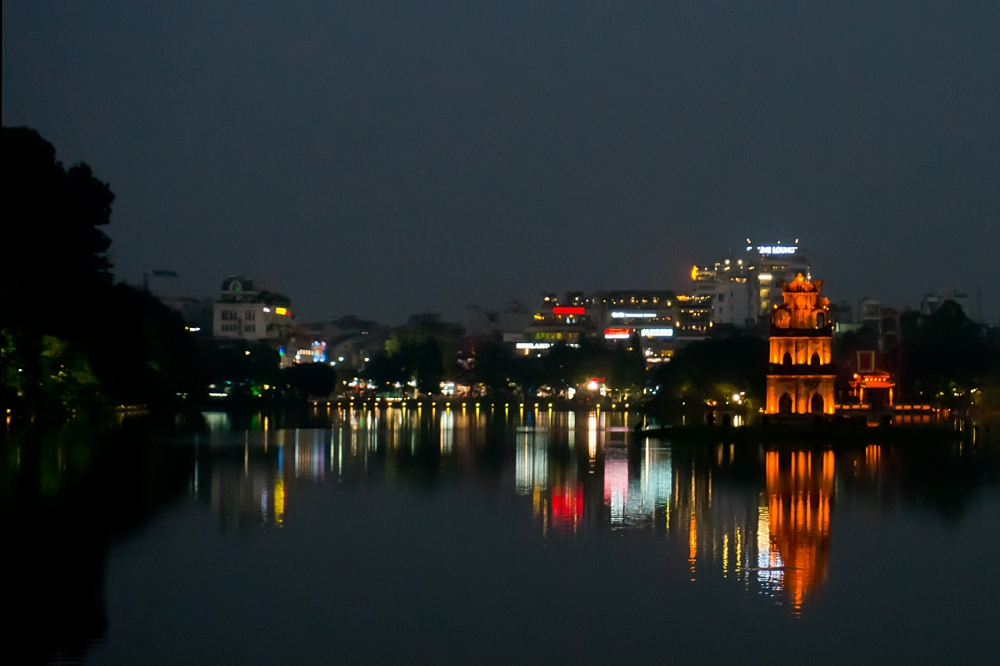 Despite the slightly iffy weather, I had a really good few days in Hanoi and on Cat Ba island (near Ha Long Bay) with Matt, a friend I used to work with.  Hanoi is surprisingly relaxed for a capital city, and has all you’d expect, with a bit of added interest from the remaining trappings of Communism (like Ho Chi Minh’s giant mausoleum (above).  Although the global-standard advertising hoardings (TVs, phones, cosmetics) now heavily outnumber the old-school communist posters, which are presumably still exhorting the population to triple tractor production and so on.  It seems a shame in a way.

Cat Ba island was a nice break from the constant traffic noise of Hanoi.  Vietnamese is a tonal language, with words which are ‘sung’ in different ways to give different meanings.  I’m sure that’s also true of the way that the locals use the horns on their trucks, buses and scooters.  But I’m equally sure that they would drive me nuts before I learned any of their subtleties.  You definitely need a break from time to time.

Anyway, getting back into Hanoi yesterday afternoon marked the start of a bit of frantic bike re-building (the Beastlet made it out here in one piece, you’ll be glad to know).  Followed by a quick round of re-packing all my stuff into the correct panniers.  A couple of insanely cheap beers, a nice steak, and then a relatively early night, allegedly ready for eight months on the bike.

And so, back to today.  The first day of the second half of my round-the-world jaunt.  The first day back on a major Asian highway since I got scraped off one by an ambulance.

It ended up being the easiest day’s riding I’ve had for a long time while touring.  The traffic was fairly light once I got out of Hanoi, and the tailwind (combined with that painful early start) meant that I knocked off just over a hundred kilometres by three in the afternoon, even allowing for a gentle twiddle around the beautiful limestone hills just outside town (above).

Not a bad start, then, on day one.  Just another two-hundred-and-odd days to go…